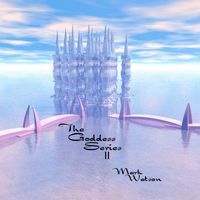 Rhiannon "Celtic goddess of the moon and inspiration",
the enchanting fairy princess who rode so swiftly
that no horseman could catch her, loved and chose to
marry a mortal king of Wales. Accused of murdering their
infant son, Rhiannon bore her humiliating punishment
with a grace and dignity that melted the hearts of her
adopted countrymen. Eventually proven innocent,
Rhiannon was reunited with her husband and son and
restored to her throne. Later the Celtic goddess Rhiannon
became the famous Lady of the Lake who, in the legends of
Camelot, gave Arthur the magical sword called Excalibur.
Time 12:24